A-10 Pilot Makes Belly Landing After Canopy Rips Off 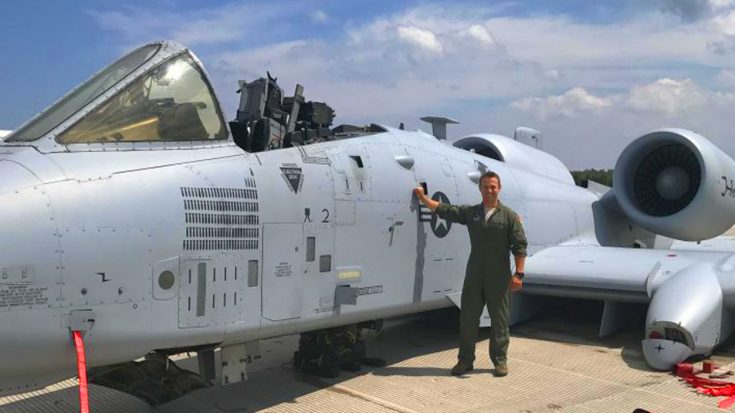 The A-10 Thunderbolt II is meant to dish it out but it can also take it when worse come to worse. Unfortunately, worse did come to worse for an A-10 pilot during a routine training exercise out of Selfridge Air National Guard Base. However, despite a terrifying crash landing the pilot and his Warthog came out relatively unscratched.

US Air National Guard Captain Brett DeVries was conducting some firing exercises in his A-10 when the unthinkable occurred. His gun suddenly malfunctioned causing the canopy of his Warthog rip off mid flight, almost causing him to lose consciousness as his engines nearly sucked him in. Things were already looking very bad when he wingman noticed that the Devries’ panels were also damaged which could affect the landing gear’s ability to deploy.

“It was like someone sucker punched me. I was just dazed for a moment.”

Devries is a seasoned vet of A-10 piloting having completed well over 100 combat missions knew exactly what to do. Fearing that the malfunction could have damaged the ejection seat he opted to take down his Warthog for a belly landing. Miraculously he touched down without injury or any significant damage to the aircraft.

To those who doubt the power and ruggedness of the A-10 Warthog, let this be a lesson in just how well it holds up when things go south.