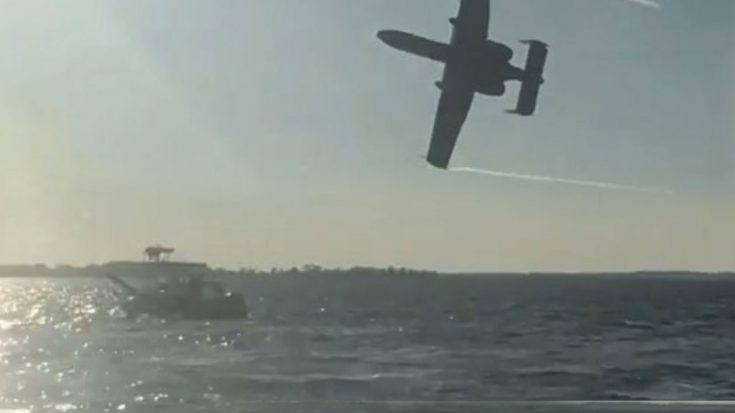 TIME TO GET A BOAT.

Like many of you, we think the A-10 Thunderbolt II is probably the most significant and valuable plane to come out after World War II. It has saved many lives over the course of its long service and hopefully, will continue to do so in the years to come. Sure, this is an opinion but we’re sure most of you agree. This thing is a killer CAS platform that can take of beating and still fly its pilot to safety.

As for this footage, it shows that those same pilots like to have fun once in a while and let loose. Some boaters were fishing out on the water and these hotshots just cut right between them, not once, but twice actually. Those engines whine in such a unique way that you’d know what planes these were even if you had your eyes closed.

Now, hypothetically speaking, if one was to go fishing in a Hog, how may fish could you potentially kill? At 3,900 rounds a minute, or in other words, capable of shooting 65 rounds a second in its normal setting, you can potentially clear a pond of all its fish we reckon.