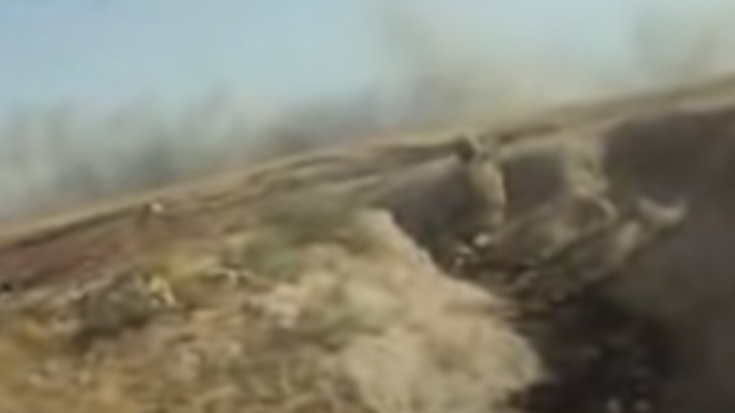 These Guys Were Definitely Lucky

The A-10 Thunderbolt II, or Warthog, is one of the most beautiful sights and sounds for troops in need of support. This ‘flying gun’ unleashes 70 30 mm rounds a second on its targets, obliterating anything its seven barrels point at. From the sound of it, the British troops in this video got the support they needed, but the last pass was a bit too close for comfort. With massive rounds striking right in front of them, you hear the eerie ‘brrrt’ almost seven seconds later.

The GAU-8 is a hydraulically driven gatling cannon which weighs over 4,000 lbs. when fully equipped.

Although most of you know this, the A-10 Thunderbolt II is the only aircraft ever built for the purpose of ground support. The entire design process of the A-10 was geared towards the GAU-8 and giving troops on the ground the cover they needed. They took into account the fact that the plane would have to swoop down low and face enemy fire, which led to the installation of an ‘titanium bathtub’ to protect its pilots. Overall, this is one of the most beloved aircraft in U.S.’ arsenal.