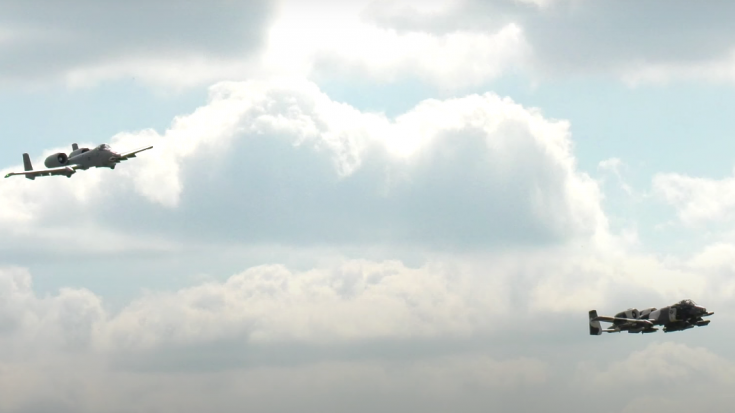 Who would have thought that RC warbirds could sound like that during startup? The two A-10s in the video come equipped with micro gas turbine engines, giving them more than enough power to imitate their actual vertical performance and speed on low passes.

Steve Johnson flew the A-10 with the black/white camo from Skymaster Jets. The Skymaster A-10 is a 1:6.25 scale model with a 9ft wingspan. 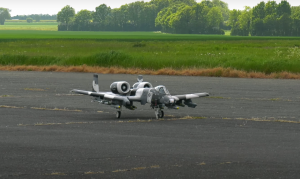 Meanwhile, the other Warthog was made by Mibo. The generation 6 kit has an almost 10ft wingspan, complete with electric retracts and brakes. 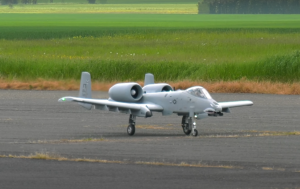 At the 4-minute mark, you’ll also get a chance to see the A-10s firing their GAU-8 Gatling gun. Don’t get fooled, though – the sound effects aren’t real. Nevertheless, these RC A-10 models are still one of the best of their type.