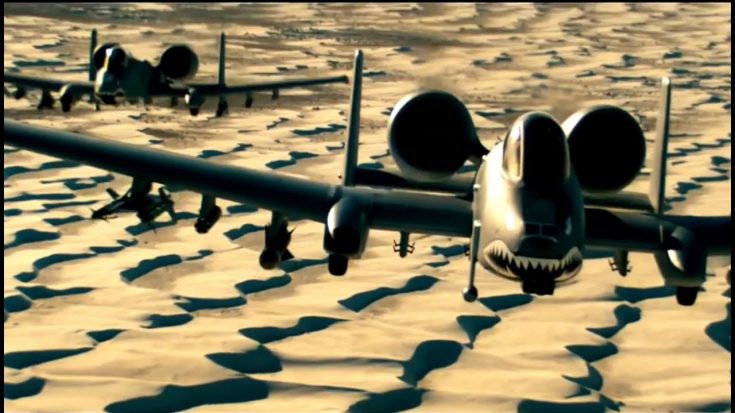 US Planes In Action

A pair of Warthogs and an AC-130 were featured in this scene from the 2007 movie “Transformers.”

The role of the Warthog in the movie is similar to its role in real life. When duty calls, US soldiers can always count on the A-10 to provide support using its GAU-8/A Avenger.

According to a US Air Force article from 2007, 300 airmen and numerous aircraft were used in filming the movie. The producers were granted access to F-22s, F-117s, Ospreys, C-17s, and many more.

Even though they mainly used real planes, the projectiles were all computer-generated. This move isn’t a surprise to anyone who has seen a Michael Bay movie before – the guy really loves his explosions.