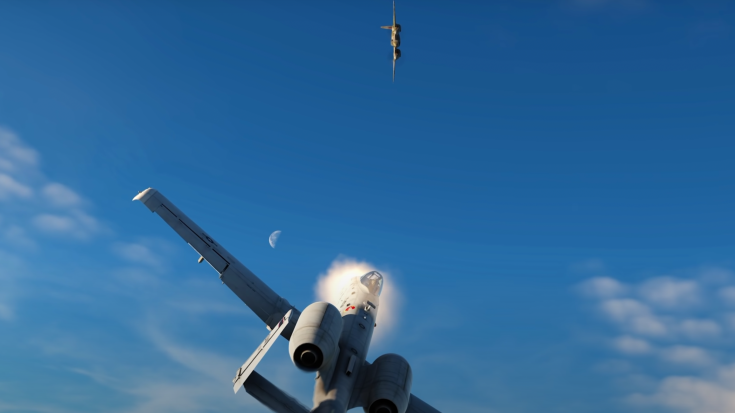 In a battle of two planes made up of entirely different materials, somehow, the one made out of wood put up quite a challenge. Well, in Digital Combat Simulator, at least.

The Mosquito was no match when the A-10 approached it nose-to-nose during the first round. The Avenger picked off the Mosquito’s mainly wooden airframe and sent it spiraling to the ground.

In the second round, the Warthog flew at a much higher altitude than the Mosquito. It fired its Armor Piercing Incendiary ammo and completely destroyed the enemy.

Somehow, the Mosquito got the upper hand in the last round. The A-10 tried to do a loop close to the Mosquito which enabled the latter to freely hit it with its guns. The series ends with 2 rounds going to the Warthog and 1 round to the Mosquito.