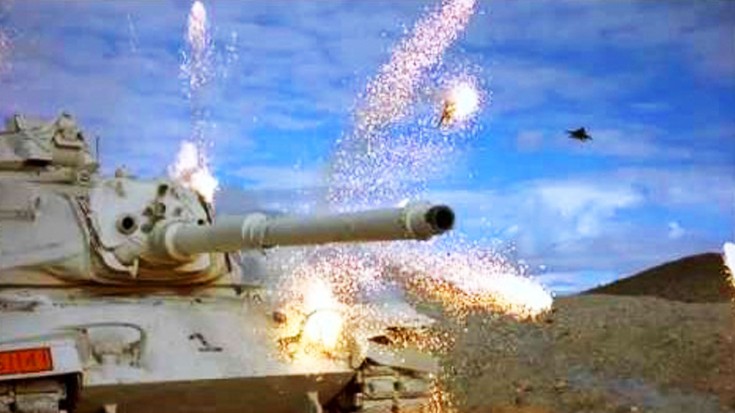 It’s Best To Stay Out Of Their Way!

This little clip is a part of a longer documentary which aired not too long ago. What the Youtube uploader did is got the best parts of it, namely, the Warthogs and Hornets and spliced them together to make a really thrilling clip.

You’ll be able to feast your eyes on not one but two Warthogs using their GAU-8s, after which they turn and fire off their flares. The distinctive “brrrrt” sound along with the eye catching flares is really a beautiful thing. Also, two Hornets also fire their gatling guns and although they are not as impressive as our beloved GAU-8s, they’re still pretty special.

We’re sure that some Hollywood production went into this too. If you notice, the clip of the tank being shot up is quite impressive and looks great, but the sparks and explosions looked like a bit too much. No doubt that the F/A-18’s rounds would have made swiss cheese out of that tank, but rounds wouldn’t necessarily make the tank explode. Hey, it was fun to watch though.