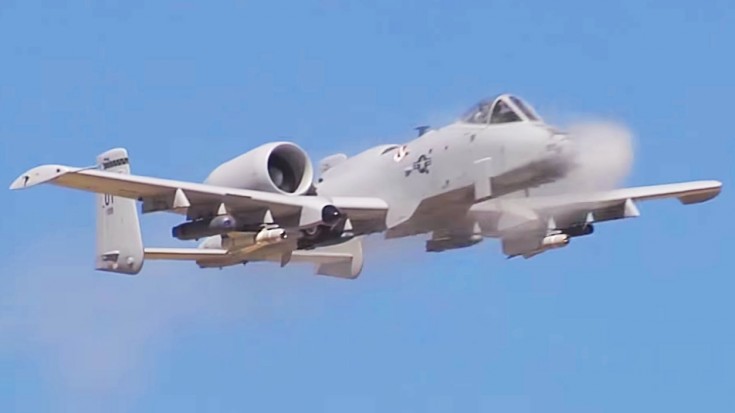 Between The Gatling Gun And The Rockets, This Is One Fantastic Video

This awesome footage was taken during an evaluation exercise by the 422nd Test and Evaluation Squadron at the Nellis Air Force Base in Nevada. This base is used to test any fighter aircraft that are going to be used by the Air Combat Command, making sure all systems are functional and combat ready. During the filming of this footage, they were testing out two A-10 Thunderbolt IIs and to say it is a treat would be an understatement.

This squadron is responsible for testing and evaluating aircraft engines, weapons, hardware and software as well as any new tactics before they’re introduced into combat.

Operations of the 422d Test and Evaluation Squadron date back to World War II, as it was formed in 1943. They were first deployed overseas in 1944 right before D-Day to train RAF night fighter pilots against the Luftwaffe. Today, they are broken up into 7 divisions and evaluate the A-10s, F-15s, F-15Es, F-16s, F-22s, F-35s and the HH-60G Helicopter. As a side note, during World War II, they were responsible for testing the DB-7 Boston as well as the newly developed P-61 Black Widow, which are really rare warbird nowadays.