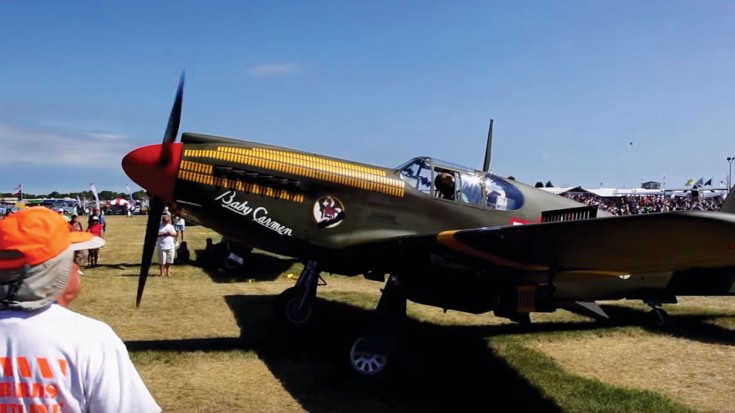 This Baby Is Restored To Perfection.

This is one of those warbirds that is rare and by that we actually mean EXTREMELY rare. First off, there were only about 500 of them produced total. As of today, only two are airworthy, although that’s a lot considering how many were built.

What we’re talking about here is the A-36 Apache/Invader. Many people don’t know this, but this is actually a variant of the P-51 Mustang. These planes were adapted to fill a ground attack/dive bombing role in the China-Burma-India theater as well as North Africa and parts of Europe.

This plane was used as a trainer during World War II and was put in storage until 1963.

What makes the distinctive are the rectangular dive brakes which are under and over the wings. We feel like we don’t need to explain this to you guys, but those are for stopping their high speed descent while attacking. (You’re welcome.)

As for this particular plane, it’s owned by the Collings Foundation. They got this baby in the 80s but started restoring her in 2004. She’s now airworthy, although we couldn’t find a video of her actually doing so. At least not yet.