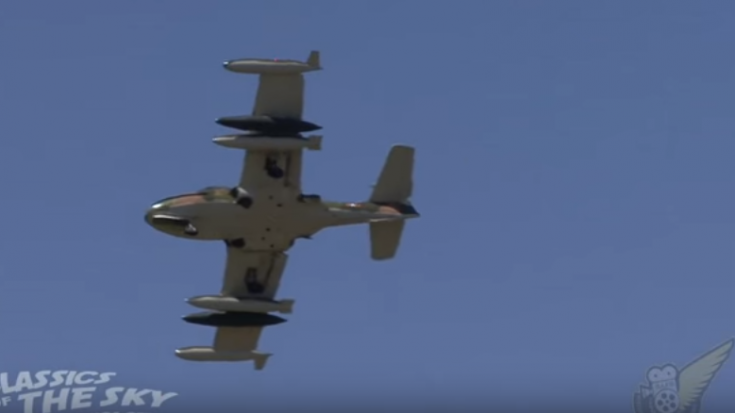 I Could Look At This All Day!

A successful close-support aircraft, the Cessna A-37 Dragonfly is a legend. Although it now sees limited service, it was introduced during the Vietnam War and has since then proven its worth. It has flown thousands of sorties during that period and although two planes met their end in landing accidents, NONE ever succumbed to enemy fire. It may be small, comparatively speaking, but it’s also a bad ass. This video shows Super Tweet during the Classics of The Sky air show held in Tauranga, New Zealand.

I think we’d all agree that this is one fine jet even for a civilian. Honestly, I sure would love to own one!

The A-37 excelled at close air support. Its straight wings allowed it to engage targets 100 miles per hour slower than swept-wing fighters. The slower speed improved bombing accuracy, enabling pilots to achieve an average accuracy of 45 feet (13.7 m).

This is why you shouldn’t judge a jet by its size alone.