A Corsair, Spit, Three Mustangs and This Rare Warbird Get All Fired Up 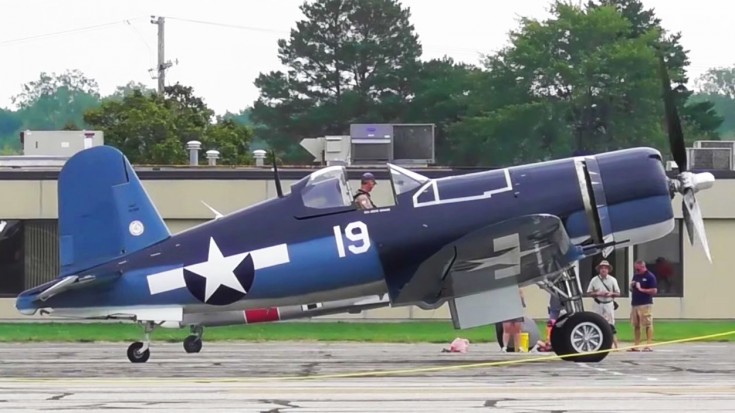 This High Quality Footage Is Something To Get Excited About

Last week, the guys at AirshowStuffVideos went over to Willow Run Airport in Ypsilanti, MI and captured this awesome  footage. Featuring some of the best World War II warbirds starting up their engines, this high quality video and sounds might just make your day.

This gathering was sponsored by the Yankee Air Museum which hosts their annual Thunder Over Michigan airshow in October. This awesome museum has over three dozen airplanes at their disposal, some of which they showed off just a few days ago.

The Mosquito featured in this video is a Mk 26 and is owned and operated by the Military Aviation Museum.

The best part of the video is about halfway through when you see three Mustangs starting up and idling. To make this ever better, one of them is Old Crow which is a replica of the famous “Bud” Anderson’s P-51 Mustang. This warbird is owned by Jack Roush who also restored it after selling his first Old Crow to a private buyer. Overall, this was one great show.