A Couple Thousand Dollars At Stake, But He Kept Calm And Put Her Down 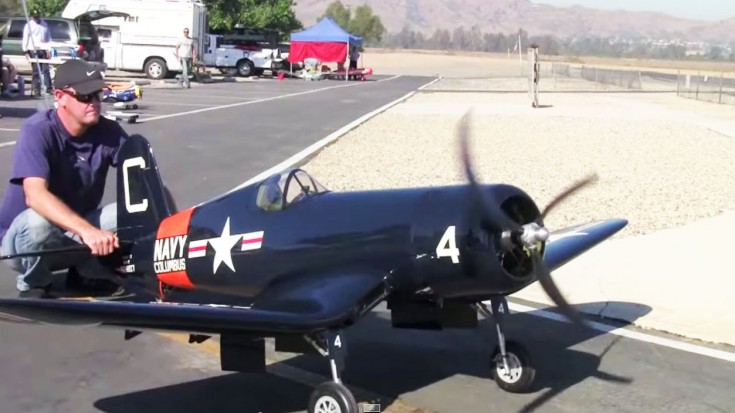 You have to admire hobbyists that put this kind of effort into anything. This guy put his time and money into one of the most beautiful RC Corsairs out there. As you’ll see, she looks and sounds fantastic, not to mention that she’s built on a pretty large scale. All that aside, what’s most spectacular is the pilot that saved her from what could have been a costly crash. On approach, it appears the engine might have given out or the pilot cut the throttle too much which could have resulted in quite a heartache.

After the shaky approach, she hit the ground and for a second looked like he was going to lose her. Thankfully, he recovered after that bounce and everything was good. All in all, we love the plane and the man’s piloting abilities. Thanks for building such a wonderful model and deciding to make it a Corsair!