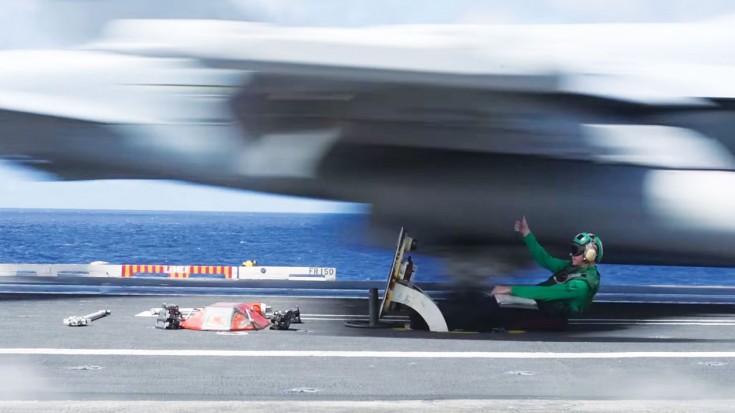 We really try not to be one of those pages that throws around the words “mind blowing” or “amazing” when referring to let’s say, someone tying their shoes. This video however, did blow our minds in a way. We’ve seen a lot of documentaries about the well oiled machine that an aircraft carrier is, but seeing this particular video made us reassess what we thought about it.

Just as a reference, here are the functions of the guys wearing different color shirts:

This particular video and time-lapse was taken aboard USS John C. Stennis (CVN-74). This $4.5 billion dollar floating city employs over 5,000 crew-members. Now when you put that number in your head and see the active deck, things will start making sense.

There are so many people involved in a successful launch and recovery that it might make a civilian’s head spin. From getting the aircraft ready (fuel, ordnance, mechanical etc…) to actually launching it, the incredible synergy these guys have is noteworthy. As an added bonus, there’s a short clip at the end of night operations which are not only picturesque but also amazing that the crew can do the same stuff round the clock.