A Little Corsair Action To Brighten Up Your Day 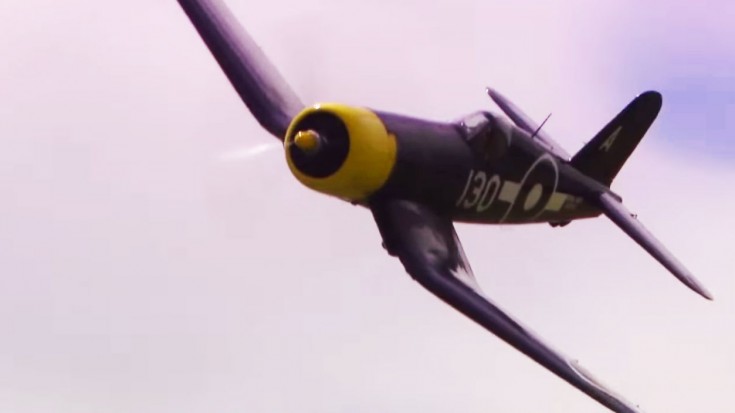 One Of The Best Diving Sounds Out Of All The Warbirds

The legendary Vought F4U Corsair is one of the top warbirds of all time. Originally designed for Navy use, its landing capabilities did not make it suitable for deck landings, so the Grumman Hellcats took over that role until the issues were fixed. Instead, the Corsairs proved themselves to be great dogfighters, as their speed, ruggedness and maneuverability put it on the map right next to the legendary P-51 Mustangs.

This effective plane has earned many pilots ‘ace’ statuses:

There were at least a dozen more pilots who received this honorable status. The United States Navy has counted an 11:1 kill ratio for the Corsairs. In all, the F4Us and FGs flew over 64,000 missions, with their pilots claiming 2,140 air combat victories while only losing 189 of their own. They were also used as fighter-bombers, dropping a whopping 15,621 tons of bombs on enemy targets, more than all the other fighters combined.