A Low, Fast And Loud Corsair 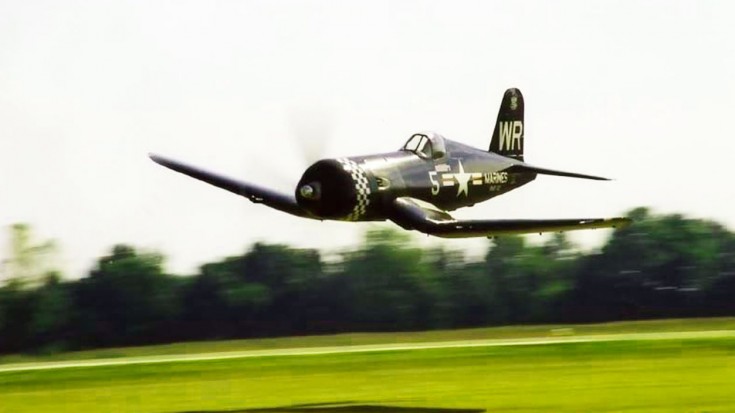 Here at World War Wings we try to give you as much entertaining as well as educational content as we can. Sometimes however, we come across one of those videos that is short, sweet and to the point. Captured at what looks to be a private or seriously small airport back in 2010, what you’ll see is a Corsair whizzing by close to the ground. Sometimes you just need to have your hair on your neck stand up, that’s all!

Corsairs are one of the most iconic planes of World War II, however, their distinctive ‘bent wings’ make them stand out more than any other fighter.

One interesting thing about these warbirds is the fact that they were the longest produced piston-engined fighters in U.S. history. Produced from 1942 to 1953, over 12,500 of them left the assembly line. After World War II (in which they got a 11:1 kill ratio), Corsairs lived on to serve during the Korean War and the French colonial wars as well. The last Corsair was retired in Honduras in 1979.