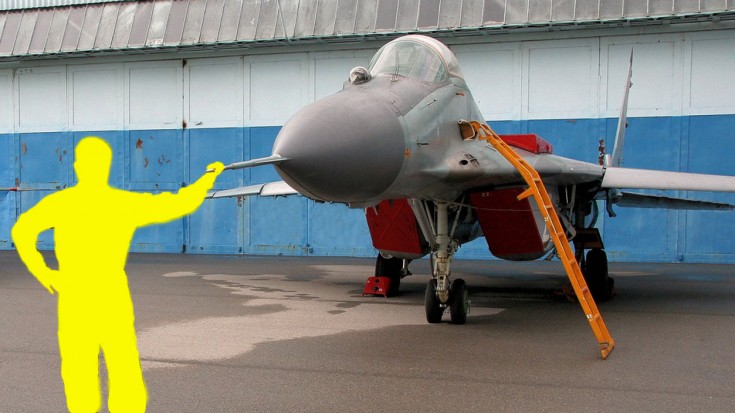 When You Have The Money, Well, You Know How That Goes.

March 9th, 2011 marks a very special place in aviation history. For the very first time since its first flight in 1977, the Russian MiG 29 was sold off to private hands. The lucky man who got his hands on this fabulous warbird? John Sessions.
Most of you wouldn’t know who he is, but he’s actually really big in the World War II aviation circle. Flying from an early age, he went from Cessnas to jets, but now prefers to fly his P-51 named Impatient Virgin.

Other than flying, his passion was in restoring aircraft. Many of them are classic Warbirds but this one as you can see was special. It’s something he wanted for a long time.

MiG-29s are among the most maneuverable aircraft ever made. Over 30 air forces use them around the world, because of their superior speed and power among other factors. Of course, they’re not used by the U.S., so Sessions had to go through quite an ordeal to procure one from Ukraine. Then, he restored it part by part.

Although he invested a total of about $6 million, he eventually sold it after the almost decade long hype passed. The buyer this time was none other than Paul Allen, the co-founder of Microsoft and you’ll see him fly it in this video.

Today, there a total of five privately owned MiG-29s in the world.