F-4 Gets Blasted With MEADs In This Somewhat Heartbreaking Footage 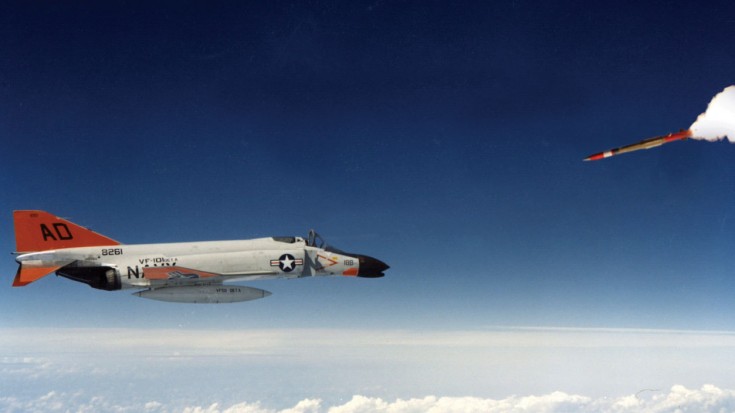 Only Robots Were Hurt In The Making Of This Footage.

Testing. Testing is what makes our entire military work. It might seem commonsensical, but with every new weapon invented, redundantly checking for flaws is how they get put into final use. Here, you’ll see Lockheed Martin testing their MEADS (Medium Extended Air Defense System).

As this footage was taken by all sorts of testing crews with different angles and technologies, the clearest shot of the explosion occurs 1 minute and 40 seconds into the video.

MEADS is a mobile missile system which allows ground forces to intercept air threats around a 360 field of vision. Lockheed Martin won the competition for the development of this new weapon in 1999. The program was funded by Germany, Italy and the United States, although the States picked up 58% of the bill.

This video shows multiple angles of this test. You’ll see how swiftly the missile cuts through the F-4 drone, but also get a glimpse of the MEAD system itself.

It’s actually really incredible. It’s the only medium range system in the world which offers 360 degree defense capabilities. Also, it can be pulled off the truck you’ll see in the video for easy transport. The C-130 Hercules was chosen for that role and the system can be easily loaded up in the cargo bay and shipped overseas in a short amount of time.