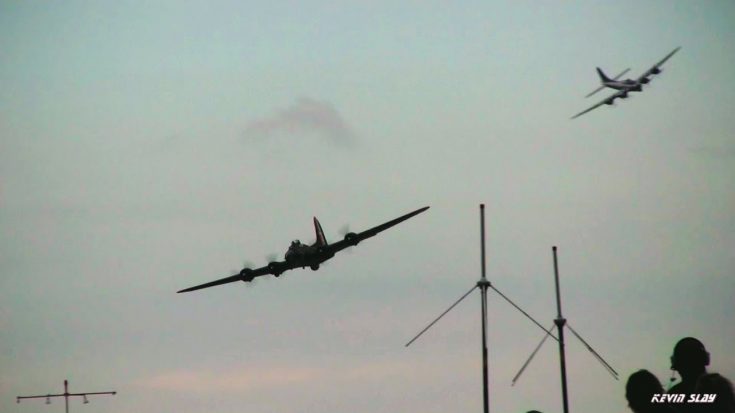 Its notable appearances in media were in Spielberg’s film “1941” and a “Don’t Mess With Texas” ad campaign.  Today, this B-17G is owned by the CAF and is based in Mesa, Arizona.

Meanwhile, the other Flying Fortress has a Texas Raiders nose art and was built on the very last day of Fortress production at the plant in Long Beach, California. Since its retirement, the Texas Raider has been present in many airshows highlighting WWII warbirds.