A Pilot’s Guide To Winning Over Your Valentine: Just Shoot Her Down 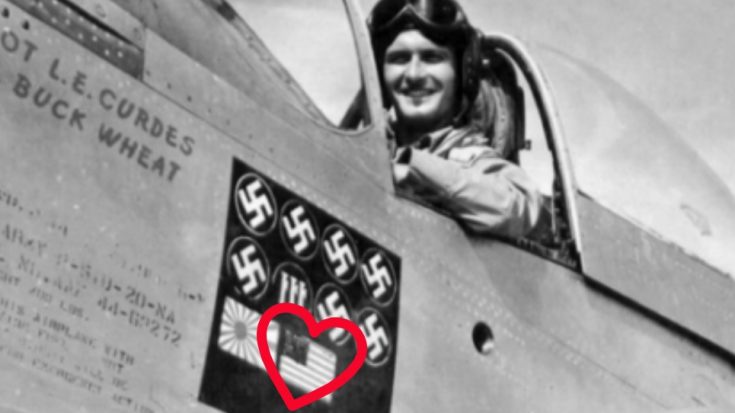 Love in a time of war

Man, it was hard to date during WWII. You go to a dance, pick out someone you find attractive, then tell them to hold on while you go fight a war.

And if you really like her, you paint her name on the nose of your plane and ask her to marry you in a few months (like George H. W. Bush). Hopefully she still likes you when you get back, if you get back.

Actually, maybe that is pretty simple. But it definitely wasn’t easy.

Lt. Col. Louis E Curdes shot down his girlfriend. Then he married her. Yup.

A larger than life story, Lt. Col. Louis E Curdes did some quick thinking when he made the decision to shoot down an American C-47. The problem was that the distressed plane was about to land on a Japanese airfield. That would have been extremely bad news for the twelve Americans on board. The plane would also have become Japanese property.

Rather than let that happen, Curdes shot out both engines and the C-47 landed gently in the sea. He didn’t know it at the time, but someone special was on board. Valerie, a nurse, had been his date just the night before.

Who can say that the couple wouldn’t have married if this whole incident hadn’t happened. But we’re pretty sure that despite the discomfort that comes with being shot out of the sky, Curdes actions won him a lot of points with Valerie that day.

That’s one heck of a way to win over your Valentine.