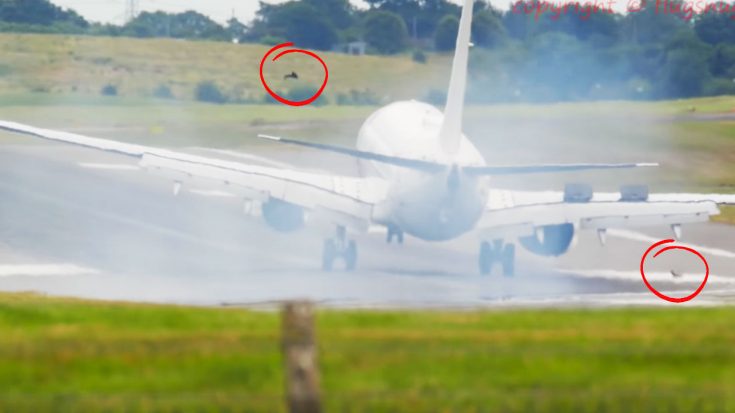 On June 16th, 2018, Norwegian Air International flight D8-6241 from Iceland to Spain had to make an emergency landing and was diverted to Birmingham International Airport in the U.K. The video of the landing which we put below came from the YouTube channel flugsnug, a plane spotter that happened to be at the right place and the right time.

The pilot and crew, who had 152 passengers onboard, were alerted to a hydraulic failure mid-flight and decided to divert the aircraft. Landing about an hour later, the aircraft was greeted at the tarmac with emergency crews who sprayed it with foam. It was immediately reported that there was a hydraulic leak in the main left gear.

All passengers aboard the Boeing 737-800 were checked out and fine and were quickly rescheduled to continue on their travels.