“A Plywood Bomber”: Vintage Newsreel Of The Mosquito Unveil 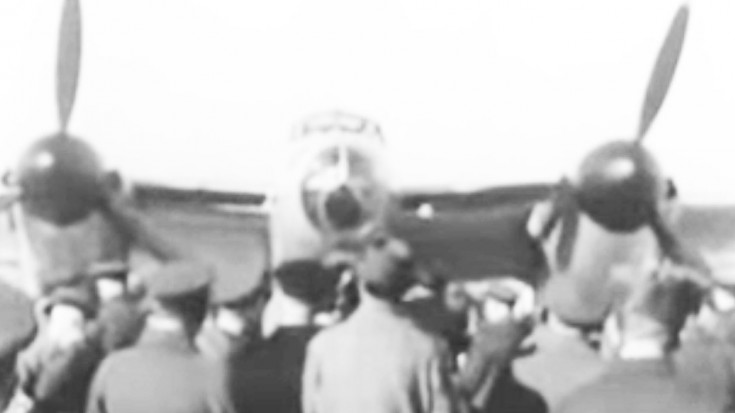 The de Havilland Mosquito was a British designed and manufactured multi-role fighter aircraft produced from 1940 to 1950. Quite unique in design as a majority of it was made of wood, it became known as The Wooden Wonder once it was battle tested. Designed for speed, it soon became clear that the Mosquitos were much more adaptable and their many variants made them capable tactical bombers, pathfinders, fighter-bombers, intruders as well as photo-reconnaissance aircraft.

Unique in construction as well as material, the Mosquito is assembled in two pieces…this plane requires half the man hours needed for a similar plane of metal.-Newsreel Narrator

Light because of their construction, later mark Mosquitos could reach speeds of 415 mph and had a range of about 780 miles. This made them harder to intercept than slower medium and long range bombers, so the British used them extensively to bomb Axis targets. Using their speed to their advantage, they dropped bombs on factories, railways and other high value targets to choke German supplies. They were also used as ‘nuisance’ bombers, flying at high altitudes and  high speeds dropping blockbuster bombs, making them very hard to intercept by the Luftwaffe.