A Spitfire Ace Takes Control Of The Stick After 60 Years! 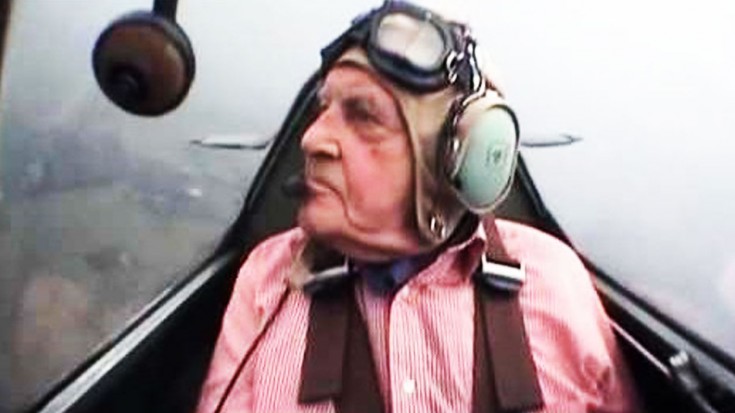 He Still Does A Loop Like Back In The Day!

The Spitfire was a fighter aircraft used by the Royal Air Force and other Allied countries and was instrumental in the Battle of Britain that took place from July to October , 1940. During the battle, over 3,000 aircrew were killed, 80% of which were from the German side. Although many pilots never returned from their flights, Peter Malam Brothers did! As you’ll see in this clip from a U.K. show called Spitfire Ace, ‘Pete’ as he was called, will take a backseat flight in a Spitfire and take it for a ride!

Born in Prestwich, Lancashire, England, Peter Brothers was intrigued by planes at an early age and started flying at 16! Joining the Royal Air Force by age 19, he became a flying officer two years later. In another two short years, he was officially an ace, shooting down eight enemy planes. By the end of the war, he shot down 16 enemy aircraft while flying 875 operational hours!

Post World War II, Peter Brothers commanded a bomber squadron from 1950 to 1952 during the Malayan Emergency campaign and retired from the RAF in 1973. He later became the chairman of the Battle of Britain Fighter Association and eventually ended up on the show you’re about to see! Enjoy 🙂