A Spitfire That Is Spitting Fire 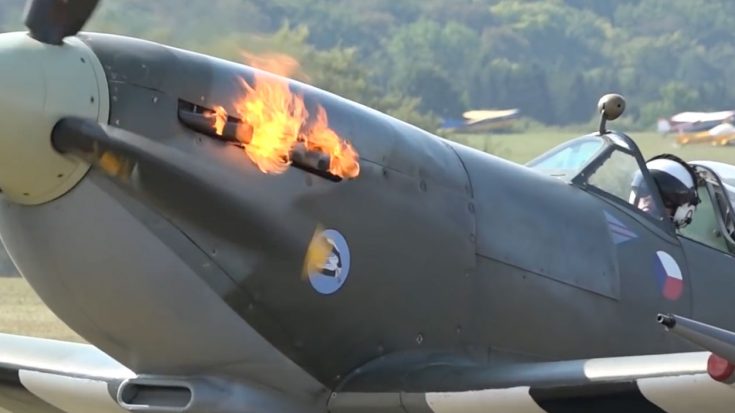 It’s not often that aircraft get the chance to live up to their name but this is a rare exception. This Spitfire actually spits fire as it revs up its powerful engine. Arguably the greatest fighter plane of World War II the Supermarine Spitfire was the centerpiece of the Royal Air Force. Able to reach speeds over 360 MPH while its thin elliptical wing allowing it to outmaneuver German fighters. Although it was primarily a fighter the Spitfire was useful in other roles including reconnaissance, interceptor and as a bomber.

“At the Oldtimer Meeting, Friends of historic airplanes from all over Europe and overseas visit Hahnweide in Kirchheim / Teck together for three days times to talk shop, to fly and to celebrate. The first meeting took place on September 13, 1981. Over the past 34 years, this event has become one of the largest gatherings in Europe. Still, the entire organization is performed by the volunteers of the flyers Wolf Hirth.”

This flaming Spitfire stole the show at the Hahnweide Oldtimer Meeting in Germany. Seeing a Supermarine Spitfire shooting flames and then stunning a crowd with its amazing agility is something you have to see to believe.