A Team Just Found Another P-38 Under 300 Ft. Of Ice-Prepping To Recover 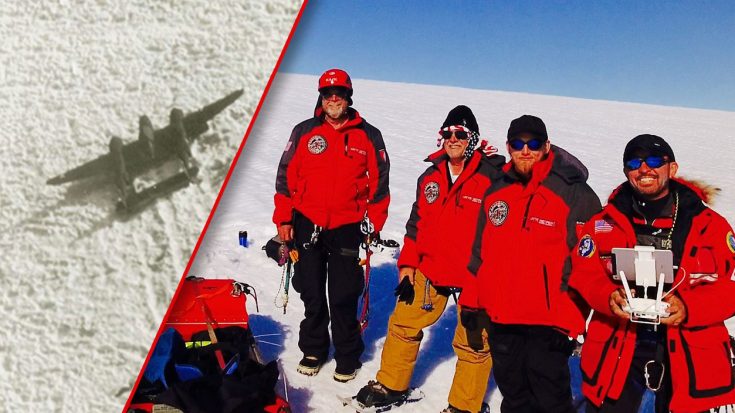 After 7 years of waiting and strategizing, a non-profit organization called Arctic Hot Point Solutions returned to the frozen lands of Greenland to try to locate a specific aircraft that’s been buried there for more than seven decades.

In July 2018, they send down a probe through 350 feet of ice and got confirmation that they hit their target and found the aircraft they were looking for.

The story of the Lost Squadron as it is now known began on July 15th, 1942. Six P-38s and two B-17s took off from a secret Army base in Greenland headed to an airfield in England to join the fight against Germany but didn’t get very far.

The squadron encountered a massive blizzard en route and was unable to get to their destination as they were flying blind. Returning to base was also out of the question as they the planes did not have enough fuel so the squadron made the decision to crash land.

Most of the aircraft made a gear up landing an slid into their final resting place where they remained for decades. The crew was rescued nine days later with only a few crewmembers suffering minor injuries.

One P-38 Lightning was already uncovered back in 1992. It took a different team called Greenland Expedition Society years to pinpoint where the aircraft was and through a lot of time and effort, brought it up to the surface.  You can see some of the incredible recovery pictures here.

Ten years later, in 2002, the aircraft was completely restored, given an airworthiness certificate and was adequately named Glacier Girl.

The next aircraft to be recovered, called Echo and piloted by Lt. Robert Wilson, has shifted over the years as the icecap was moving so the team had to use special radar technologies to locate it.

Using a drone, they found a large mass under the ice but weren’t sure if it was the aircraft or a rock so they had to make sure what they were going to dig for. That’s where the heat probe came in.

Burrowing into the ice some 350+ feet, they hit something hard that couldn’t be melted and pulled the probe up. To their surprise and delight, it was covered in thick hydraulic fluid so their suspicions were confirmed. This was in fact, one of the lost P-38s.

The team is now working with the United States, Greenland, and the United Kingdom to return next year and start the excavation process.

For reference, the short clip below shows just how deep 300 feet is when digging into the ice.

Here is a perspective of what we anticipate, 350 feet below the surface, heading down the hole.

Below is the latest video uploaded by the Arctic Hot Point Solutions team. It takes you on an epic helicopter ride over the Greenland Ice Cap and to their base camp as they prepare to inspect the crash site.