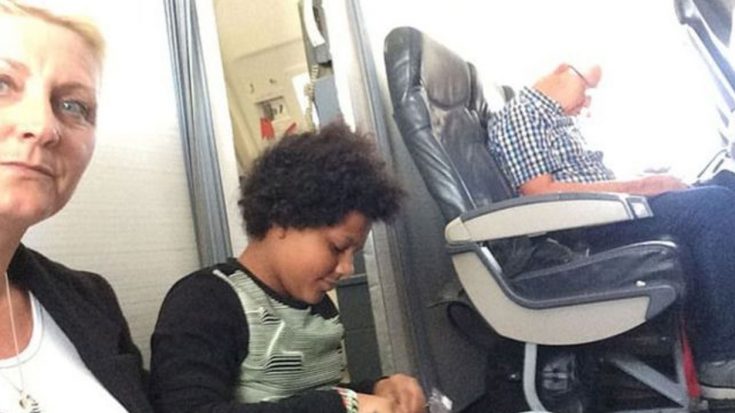 Just last week, a British family traveling from Mahon, Menorca to Birmingham, U.K., found themselves literally floored. Paying an equivalent of 1,700 USD for their flight, when they went to their seats the numbers on the back wall corresponded to their ticket numbers. The problem was that the seats were not physically there.

The Taylor family soon found out the flight was overbooked and an eventual statement from the carrier, TUI, said there was a last minute aircraft change to an airframe that didn’t have said seats.

That would have been all well and good but the next mistake, and a big one, was made by the crew. With only one available seat on the entire aircraft, the flight crew allowed the daughter of the family of three to take that seat and left the mother and father on the floor for a majority of the flight.

They were first placed in the foldable crew seats in the galley during takeoff (no explanation was given as to where the crewmembers sat) but since there’s a storage compartment behind them, they were asked to sit on the floor for the rest of the two-hour flight so the crew could access it.

Now, even if you’re not an aviation fan you probably know that’s in no way safe. The reason aircraft captains always tell you to have your seatbelt buckled regardless if the light is on or not is because turbulence can occur at any time.

A sudden drop of mere feet can shoot a person against the ceiling of an aircraft like a ragdoll, not to mention a loose body in the fuselage is a harm to all the other passengers onboard. When the mother, Paula Taylor, raised the issue with the company after landing they were met with “short shrift” as she described it, the company later realizing their mistake and offering the family a refund for their tickets and an extra 50 dollars.

That won’t make the situation go away, however. The CAA (Civil Aviation Authority) is investigating the matter as TUI violated some very fundamental flying rules.