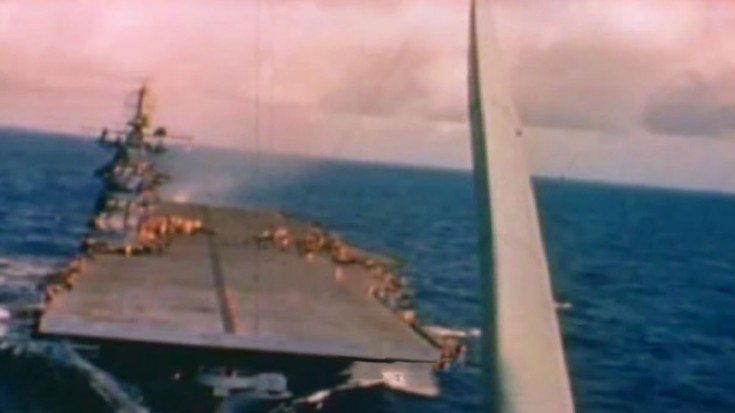 This Collection Of Various Shots Will Give You The Shivers

This restored World War II footage is absolutely stunning. Although without sound as it was not available due to filming restrictions at the time, the subtle background music will actually put you in a trance.

Watching these great shots of World War II in the Pacific Theater really puts things in perspective. The chaos, violence and enormous bravery of whoever was fighting. The war over the Pacific displayed in these scenes was the ultimate battle showing off military strength of both the Axis and the Allies.

There were more than a dozen major campaigns and battles in the Pacific Theater.

The major participants of the War in the Pacific were the Untied States, Republic of China, Britain and Russia on the Allied side, against Japan on the Axis side. The conflict began in December 1941 when Japan invaded Thailand and British occupied islands in the Pacific. Consisting of countless naval and air battles over the next four years, the Pacific Theater came to an official end on the 2nd of September, 1945, aboard battleship USS Missouri.