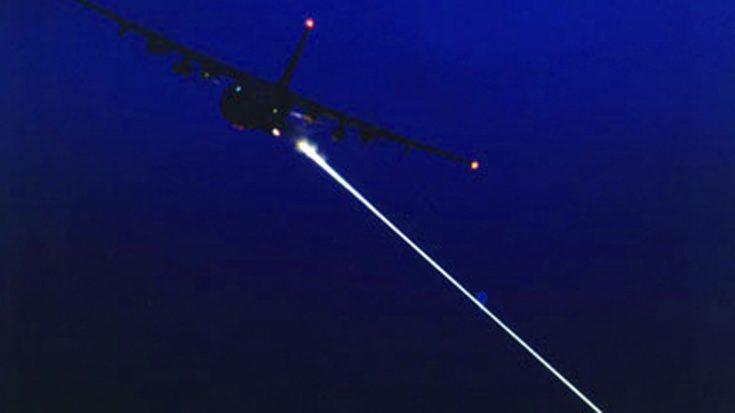 There has been much discussion about upgrades to the AC-130 involving laser-based weaponry. The idea of the deadliest gunship with lasers was thought of as an impossibility but now it looks like it could be a reality.

A concept that was once science fiction is becoming science fact in the realm of military technology. While the use of a laser on the AC-130 is meeting with approval, the placement of such a weapon on the AC-130 still up in the air. Tests are necessary to find the best placement of a laser in order to intercept missiles fired at the gunship.

“The reason that I want it on an AC-130 is, right now, when an AC-130 starts firing kinetic weaponry, everybody knows you’re there. What I want on the airplane is to be able to silently disable something.”

With the Trump Administration increasing the military budget by $54 billion the project is likely to see completion within the next four years. Lasers are not often seen on the battlefield so there is are still ethical issues relating to their use in combat. The leading candidate for the AC-130’s laser weaponry is the Boeing Advanced Tactical Laser, which can be seen in action in this clip.