Most Advanced Combat Helicopter In History Bolts Into Action – These Maneuvers Are Insane! 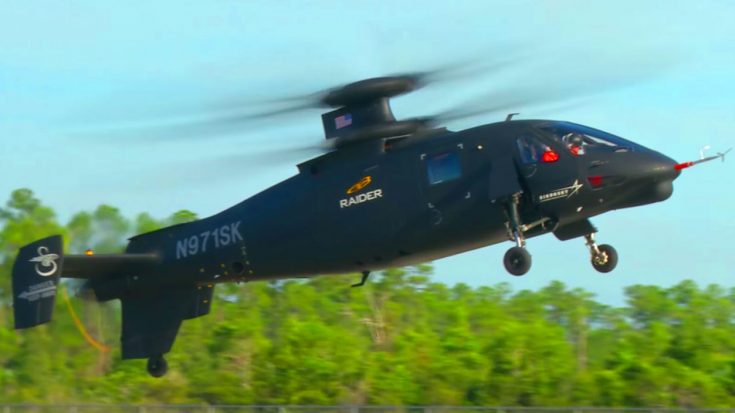 “Armament includes seven-round rocket pods with Hellfire missiles and 2.75 in rockets, a .50 caliber machine gun with 500 rounds, and a 7.62 mm gun.”

Big enough for six passengers and a crew of two the Raider could soon be making its way into military combat zones. Sikorsky has high hopes that the S-97 will move beyond the use for just the army and also make its way to serving the Navy and Marines as well.

The sleek frame has no trouble cutting through the skies and pulls off moves once though impossible for helicopters. It is suited for missions ranging from light attack, close air support, and reconnaissance. As you from this newly revealed footage, the S-97 Raider is going to be a big game changer in the skies.