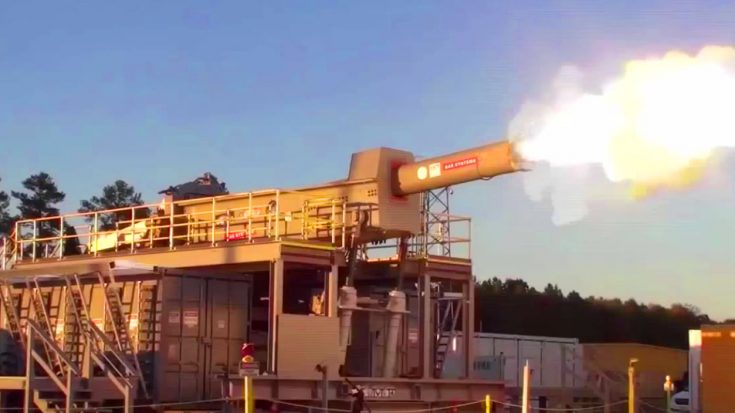 Bigger, better, faster, stronger, this is how military weapons often evolve to deal with escalating threats. Firepower has also evolved from its humble beginnings in the 1360s when gunpowder was first used in handguns. Now firepower has reached a new high, thanks to the insane destructive potential of the Navy’s electromagnetic railgun. 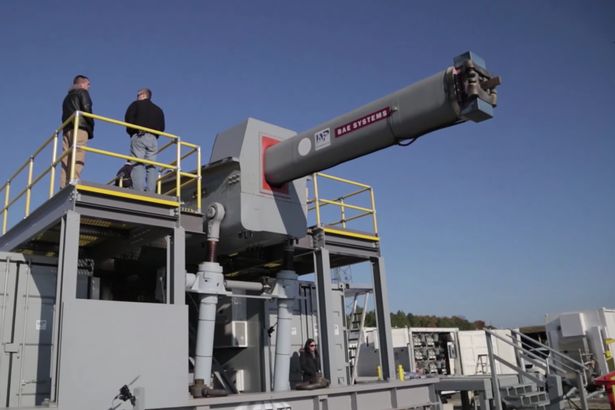 This BAE Systems railgun has moved away from for gunpowder but instead uses electromagnetic energy to hurl projectiles at speed of over Mach 6. These projectiles don’t need any explosives because at that speed they can practically tear through anything they come in contact with.

“The electromagnetic railgun developed by BAE Systems for the U.S. Navy has a lot going for it. It is smaller than a conventional cannon. It can fire a projectile up to 4,600 mph, or around Mach 6. It uses no gunpowder or chemical propellants, eliminating the need to carry dangerous explosives on a warship. The weapon has the potential to hit a target over 100 nautical miles away.”

The Bae Systems Railgun is being prepared for armament aboard the navy’s new Zumwalt-class destroyer vessels. While still in the testing phase the gun is capable of hitting targets 100 nautical miles away. Check out this awesome video from the teams at BAE system using a gigantic railgun in testing.