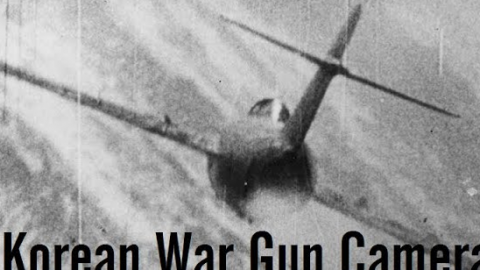 The Korean War began on June 25, 1950 when 75,000 soldiers from North Korean People’s Army crossed the 38th parallel and invaded South Korea. North Korea was backed by China and Soviet Union while South Korea received support from the United Nations particularly the US which provided around 90% of the military personnel. The war lasted for three years and ended unofficially on July 27, 1953 when all parties involved signed the Korean Armistice Agreement.

The Korean War was one of the bloodiest conflicts in history with 5 million soldiers and civilians who lost their lives. The video below shows aerial kills recorded from a gun camera.