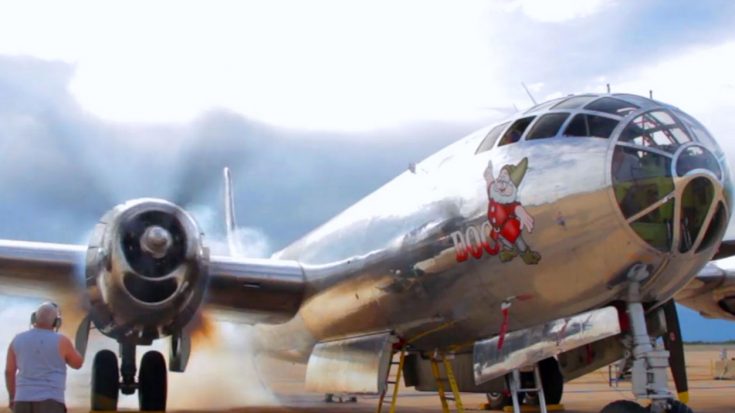 They said it couldn’t be done, but Tony Mazzolini wouldn’t listen. They told him “Any B-29 Superfortress that was worth saving had already been saved” but he continued his quest. After over three decades of dedicated work Mazzolini finally sees the fruits of his labor as the last restorable B-29 flies again.

During the Korean War Tony Mazzolini worked as an engineer aboard a B-29 Superfortress, by that time the once proud bomber was considered obsolete as aviation entered the jet age. Remaining B-29s were scrapped for parts or sent off to desert to be used as target practice for modern military aircraft.

Tony Mazzolini’s passion project began over 30 years ago when he stumbled upon the decaying B-29 in the Mojave Desert. The Bomber named “Doc” was still in one piece making Mazzolini even more determined to see it fly. With the help of a team of aviation enthusiasts, Mazzolini arranged for Doc to be transported back to the Boeing factory where it was originally assembled. After being transported to its new home in a hangar the size of a football field, more aviation enthusiasts joined the quest to see Doc fly again.

“My mother, father, grandmother all worked on ‘em; my mom started the day after she turned 16 years old.”

Over the course of 30 years, the group of volunteers known as Doc’s Friends has spent hundreds of thousands of hours assembling the B-29 not only back to display condition, but to flying condition. CBS News followed the course of Doc’s restoration and caught some amazing footage of this B-29 being brought back to life and soaring into the air.