After This, He’s Definitely Checking His P-40’s Oil Cap Twice 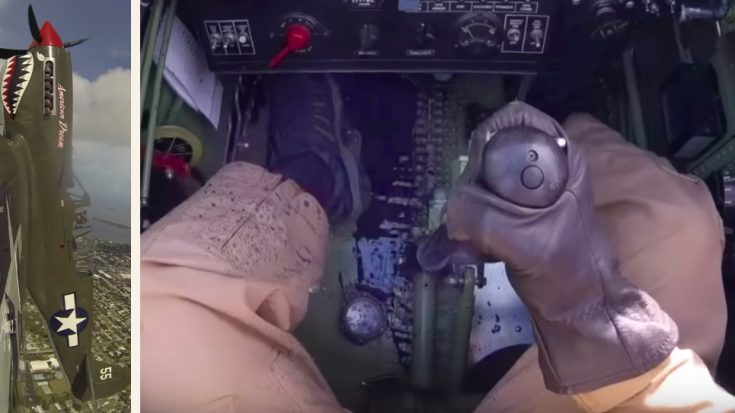 Thom Richard is all kinds of calm and cool, just like a good pilot should be. Except he definitely should have checked his oil cap. He’s also very happy he wasn’t flying in shorts.

At the 2018 Stuart, Florida Airshow, Thom Richard was flying the beautiful P-40 Warhawk “American Dream” when hot oil started splashing his legs and filling the cockpit.

Turns out, no one double checked the oil cap after it was filled and its seemingly correct placement had fooled everyone into believing it was doing its job. But it was only partially on and just one of the two tanks were engaged. And when Richard performed rolls at the airshow, out came the oil. His laundromat isn’t gonna be happy.

The footage shows Richard looking calmly (yet urgently) around to assess where he needed to go and what he needed to do. The view-from-the-cockpit video makes for some great viewing of what’s going on as Richard lands just short of the threshold (it’s an emergency, he can do that). Sheepishly giving the rescue crew the thumbs up, he makes sure he parks well away from the eyes of airshow attendees.

Let This Be A Lesson

Honestly, this is a mistake anyone could make. Heck, some people drive away from the gas station with the nozzle still stuck in their car. So it was very kind of Thom Richard to post this video for posterity and use this little mishap as a teaching experience.

Check out the whole emergency scare in the video below.