Real Footage Of Me 262 Shot Down By Allied Fighter 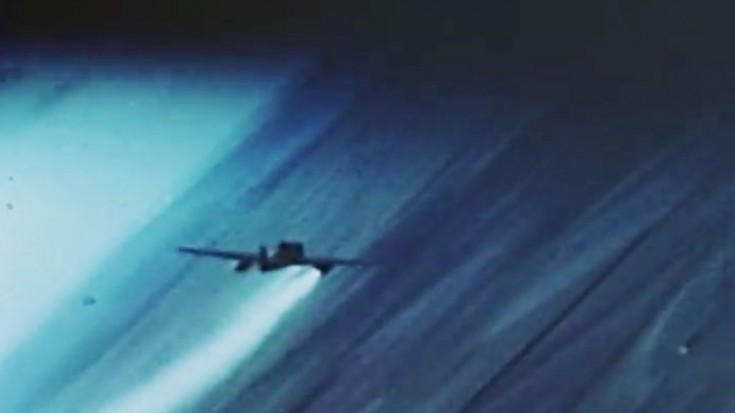 Superior In Speed, But Not Maneuverability

The Me 262 was the first operational jet powered aircraft in the world, designed by Messerschmitt and introduced into the war in April of 1944. Jet propulsion was explored by the Germans before the war even started, but engine and other problems prevented them from being widely used. Although their production ended at the conclusion of World War II, 1,430 Me 262s did make it off the assembly lines and managed to get over 500 kills during their short service. Well over 100 mph faster than any other plane in service at the time, Allied fighter pilots were tasked with adapting new techniques and strategies to stay competitive against them.

To counter their new threat, Allied pilots best bet was to intercept the Me 262s while taking off or landing. In the air however, it was a different story.

As with any new challenge, the Allies realized they needed a new plan. Identifying the jets weaknesses, they set out to exploit them. It was known that the new jets had engine troubles and could not move up the throttle too fast without causing a flameout. Also, before their pilots got accustomed to flying the new jets, they were not very maneuverable at low speeds. Combining all the knowledge, Allied fighters tried to get the Me 262s into low speed dogfights, as it was the only way to get them in the air. Otherwise, the safest way destroy them was on the ground.