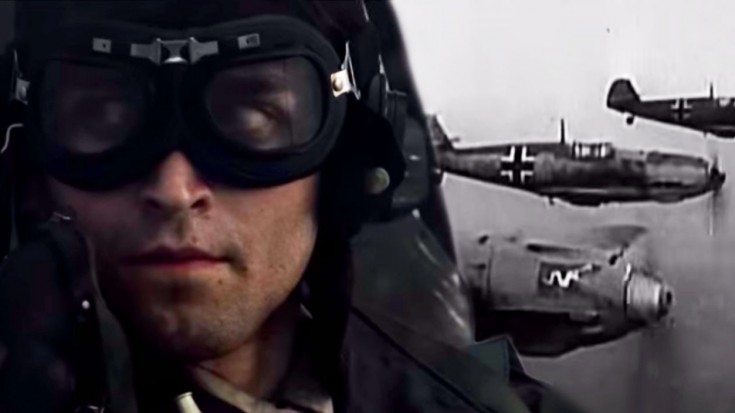 ‘Gabby’ Gabreski Brought Some Combat Experience To The U.S.A.F.

Francis ‘Gabby’ Gabreski was a U.S. fighter ace and also one of the few pilots who became aces in more than one war. The son of Polish immigrants, Gabreski became angered by Nazi Germany’s invasion of Poland and enlisted in the U.S. Army Air Corps. Initially assigned to the 45th pursuit Squadron in Hawaii, Gabby trained on the P-36 Hawk and then the P-40 Warhawk. Following reports of the Battle of Britain, he realized that some of the Polish fighters had outstanding fighting experience, and wanted to join them in England as a liaison officer since he was bilingual.

In 1943, Gabreski was allocated to the 56th Fighter Group where he was given the now legendary P-47 Thunderbolt. Not particularly liked as a Commanding Officer because of his drive and often opinionated responses, he quickly became the deputy commander of the 61st squadron nonetheless. Earning his first kill on August 24th, 1943, by November of that year he officially became an ace. By the end of his World War II career, he destroyed 28 aircraft in air combat and 3 on the ground.