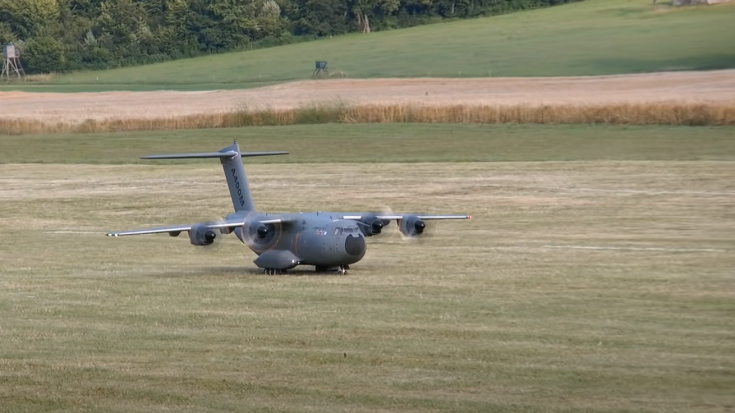 One of the First

A mean-looking RC airliner flew over Germany during an Airliner Meeting in 2015. According to its pilot and builder, it was the first – or at least one of the first RC models of the Airbus A400M.

Hannes Heppe’s aircraft measures almost 13ft in length with a wingspan of 12ft. To make flying a tad bit easier, it makes use of its eight-bladed scimitar props on each motor.

The surprisingly light 83-pound Airbus uses a 6000mAh six-cell pack per motor, enabling it to fly for seven minutes. Nevertheless, that’s still a lot of time to impress the viewers at the event.

Unfortunately, we didn’t get to see one of the coolest features of the aircraft. Heppe’s A400M is capable of carrying parachutes that it can eject, mimicking the Airbus’ role in the military. Still, his A400M was a treat to watch fly in the blue skies.

Check it out below!