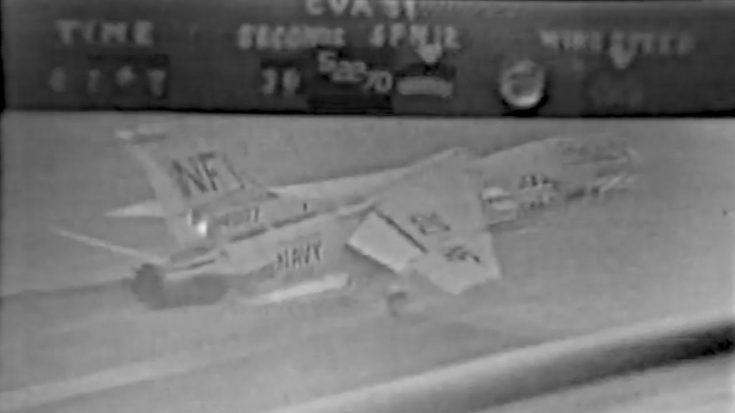 ‘Tis But A Scratch

With video quality CCTVs would be envious of, we see four Crusaders and a Phantom struggle to land on the USS Bon Homme Richard. Most of these resulted in destroyed landing gear which is the best outcome you could hope for in these situations.

The second F-8J hit the deck hard and, in return, lost one of its gears. The pilot wasn’t even aware that the impact took off his nose gear.

Nothing can top the fourth Crusader’s mishap, though. As soon as the F-8J landed with a wrecked starboard landing gear, you could see its rockets slide off from underneath. You can watch that unfold after the 3:55 mark on the video.

It’s no secret that taking off and landing on carriers has always been challenging. These pilots deserve praise for their bravery in doing this, knowing how dangerous it could be.