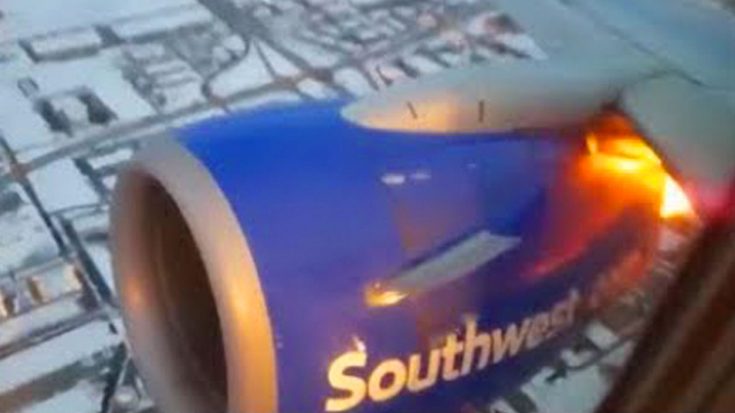 Commercial flight tends to be a boring and tedious experience that everyone simply wants to be over as quickly as possible. As passengers sit in cramped seats awaiting their arrival they do their best to fight off boredom. But there was an airline experience that was anything except boring as when passengers noticed something was not right.

A Southwest Airlines flight departing from Salt Lake City Airport certainly shook up midflight when an engine caught fire. The blaze was noticeable by people on the ground as they began to record footage of the flaming airliner. Needless to say, passengers onboard the flight were noticeably stirred by flames bursting from the engine.

“Suddenly there was a huge explosion. I kinda looked over and saw the look on my husband’s face, and I knew right away that this wasn’t normal.”

Pilots quickly took action and turned the pilot around to the airport in an effort to land safely. The crews remained calm during the ordeal and no passengers were harmed as the airliner touched down for a safe landing.

“[A]fter receiving a cockpit indication of a performance issue with one of the aircraft engines. Following established protocol and procedures, the pilots completed an uneventful landing.”

Film from the incident can be seen in this clip.