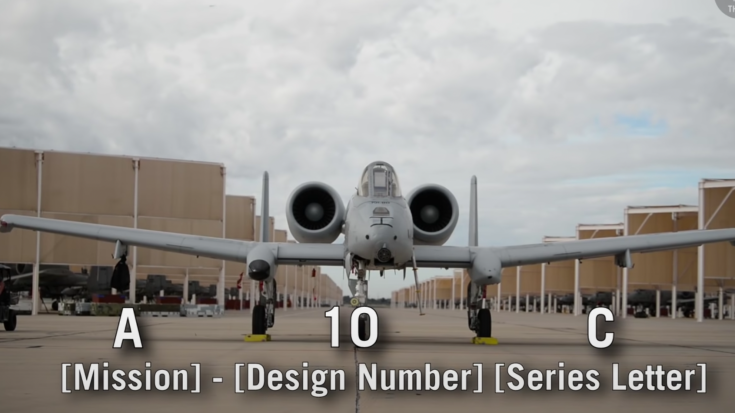 Thanks to the 1962 Tri-Service aircraft designation system, a unified nomenclature system is now used by the US. This can be simplified to MDS (Mission-Design-Series).

The “M” can have 4 letters for the status prefix, modified mission, basic mission, and vehicle type – in that order. Here’s a cheat list to make it easier for you to get a hang of it: 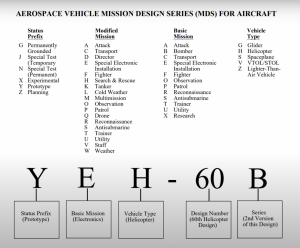 A straightforward example would be an A-10, an Attacker aircraft. Now, an OH-6A is considered an Observation Helicopter. A KC-130 would then be a Cargo plane modified to be used for Tanker(Kerosene) missions.

It can be tricky to find out what the classifications are of some aircraft since sometimes manufacturers don’t abide by these rules. Some introduce slashes (F/A-18), some completely disregard the sequence of numbers, while others may or may not have prioritized puns (AV-8).