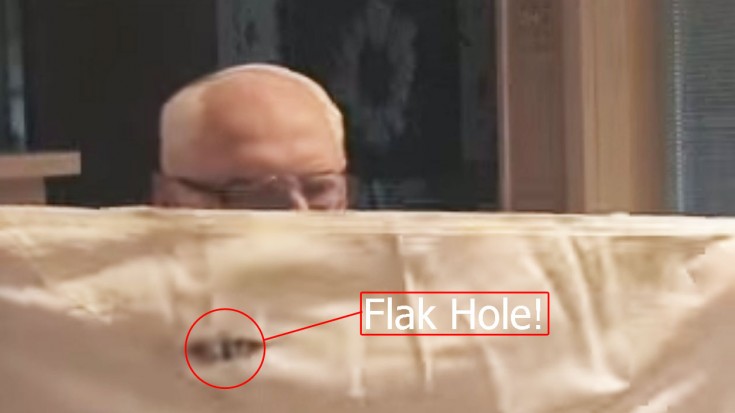 He Really Recalls A Tremendous Amount Of Incidents.

These awesome clips were taken from the Library of Congress which took part in the Veteran’s History Project. Created in 2000, Congress created this project to “make accessible the personal accounts of American war veterans so the future generations may hear directly from veterans and better understand the realities of war.”

This little bit features the stories of Al Cramer, a B-17 navigator who served with the 390th Bomb Group. His recollections are priceless, as he tells the stories as if they happened yesterday. Listening to him is truly a gift.

“62 (enemy fighter) planes we shot down on one mission at the cost of 8 bombers.”-Alan Cramer, Veteran B-17 Navigator.

A part of a much longer decumentary, the interviewer by the name of Tony Lupo cut it up to give short glimpses of Al’s experiences. Al talks about the time the B-17 got hit and lost a part of its nose, but as we all know, they could take a licking but keep on kicking.

He also had a close brush with death when a piece of flak hit his parachute which was laying just inches away from him. It blew a hole clear through it, so as you can imagine, Al was one lucky airman. He later kept a piece of the torn parachute on his later missions for good luck.