All The Spitfires You Can Handle And Even A Hispano 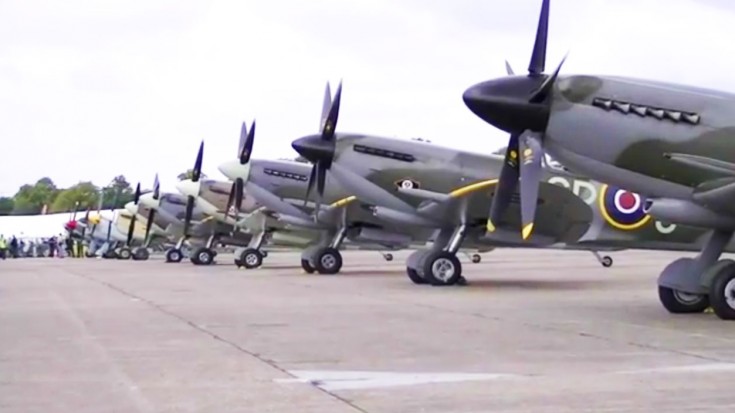 Ever Wonder What Eight Spits Would Sound Like Flying Over Your Head?

This collective footage was shot at the Flying Legends Show in Duxford, England in 2011. As always, the Imperial War Museums always collect the most amazing World War II planes that draw thousands of spectators. Its hard to count how many Spitfires are seen in this video, since there are countless rows of them on the ground and clusters in the sky. We also get a sneak peek at a few Hispanos as well, which would make for a good dogfight!

Lets look at some quick facts:

This video will treat you to some loud engine start-ups, takeoffs and some really great formations. It’d be really fantastic to actually be there, but hey, this is the next best thing! Enjoy 🙂