Almost TOO CLOSE to a Catapult Launch 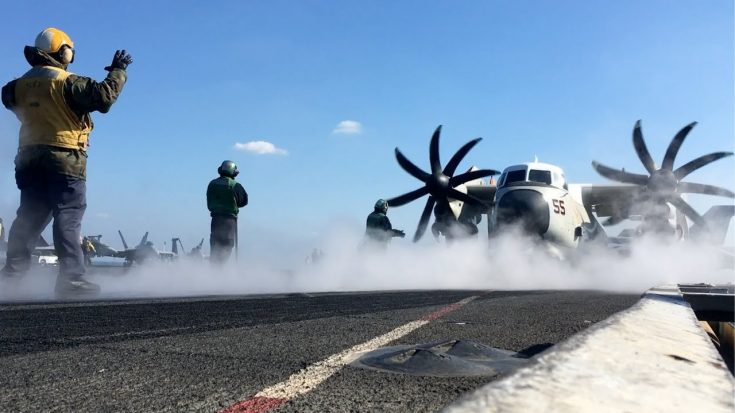 If you’re a fan of carrier takeoffs, then this video will definitely capture your attention. It features pilot and YouTuber Rob Roy doing a catapult launch. He’s one of the pilots of the C-2 Greyhound taking off the USS Harry S. Truman. The Grumman C-2 Greyhound is a twin-engine high-wing cargo aircraft. It regularly does carrier onboard delivery missions for the US Navy carriers.

“Another Naval Aviator, who is also a good friend of mine, filmed the video and was able to capture the raw power of what aircraft carriers are capable of, but also just how deadly military aircraft, propeller planes, in particular, can be,” Roy explained.

This footage gives viewers a unique point of view, as well as an explanation of most things that happen in the aircraft, and around it before the catapult launch.