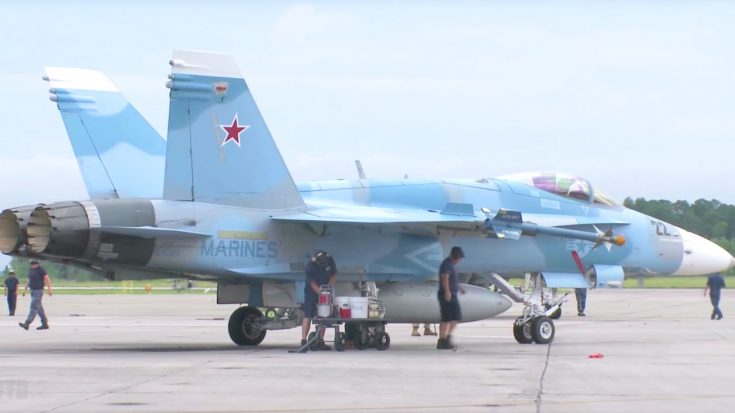 The attacks in Aleppo, Syria have torn the city apart and thrown the lives of the residents into chaos. Over 200,000 people have lost their homes as the city is ravaged by ISIS forces and air strikes from Russia. However, rumors have been circulating that American planes disguised as Russians are responsible for these horrific attacks, so let’s take a closer look at these claims.

“By repainting these fighter jets, they can send them out on bombing missions, make certain they fly low and slow around a target a few times so people on the ground whip out their cellphone cameras to video the attack, bomb the hell out of something and then sit back as all the civilian videos come out on social media showing a ‘Russian’ plane committing the act! The perfect set up.” 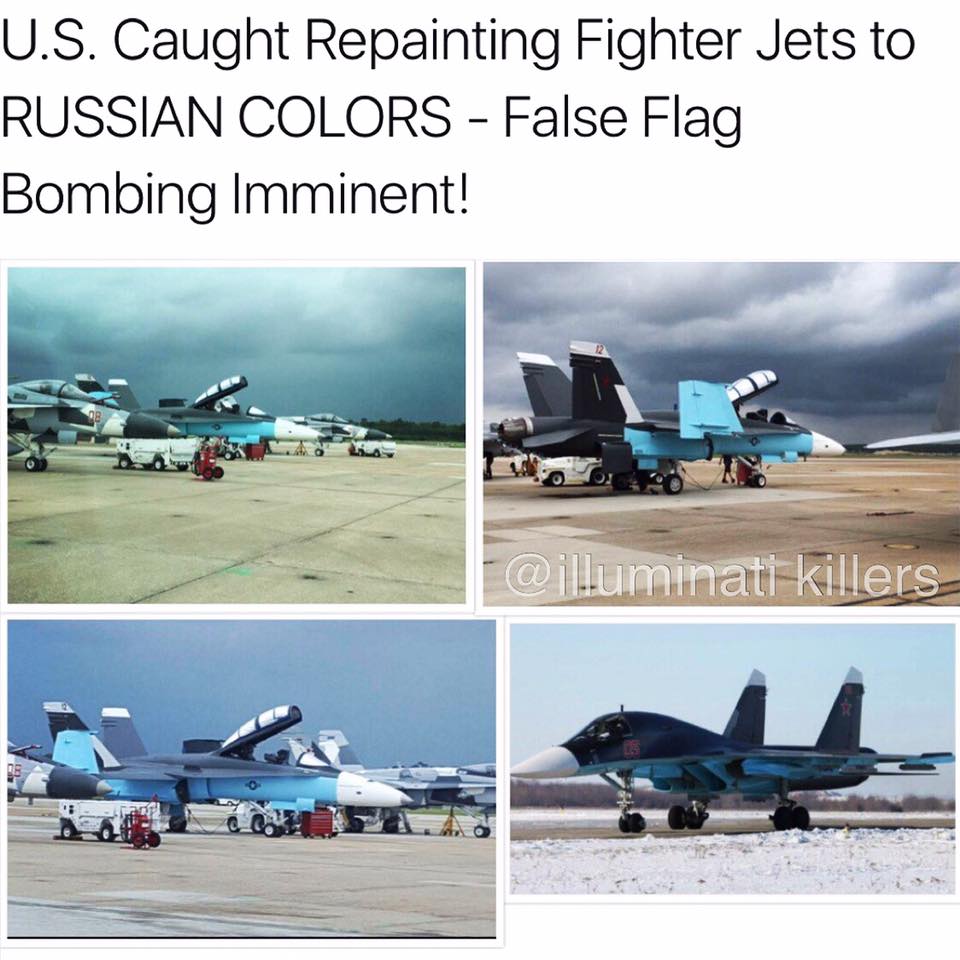 The whole is ridiculous and got pretty out of hand but anyone who knows planes can easily spot the difference between an American F-18 and Russian fighters even with similar color schemes. The F-18 in question is actually used for training exercises and the US Air Force speaks publicly about the use of these jets.

“Eye-catching paint schemes which make fighter planes similar to their Russian counterparts have become a distinguishing feature of U.S. Aggressors and Adversary jets.”

“Along with ‘splinter’ patterns, that are inspired by Russian 4th and 5th generation aircraft, more traditional camouflage, like that used by the Russian Naval Aviation, is applied to U.S. Marine Corps F/A-18 Hornets (that inadvertently invented the splinter paint design).”

If you still don’t believe me then you can check out this video from a few years back of the F-18 in question. It features the Russian fighter jet colors long before the conflict in Aleppo began.