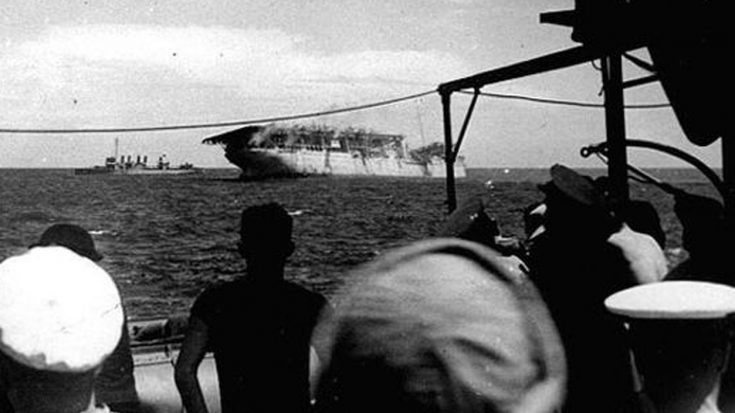 The USS Langley assisted in missions in the Pacific Theater of War. The carrier transported 32 Curtiss P-40s to locations where anti-submarine warfare was necessary. On February 27th, 1942 the USS Langley departed from its port traveling through the waters of Indonesia when it was ambushed by the Japanese Navy.

The two destroyers acting as escorts did little to assist the USS Langley to make an escape. The massive carrier traveled at a slow pace of only 10 knots but managed to evade bombers on their first two sweeps. However, by the third time, the bombers had adjusted their tactics and launched another attack on the carrier. Their bombing strike succeeded and the USS Langley began to take on water as the crews evacuated.

The escort ships USS Whipple and USS Edsall made the difficult decision to attack the USS Langley to prevent it from falling into enemy hands. Thus America’s first aircraft carrier met its untimely fate at the bottom of the Pacific Ocean.