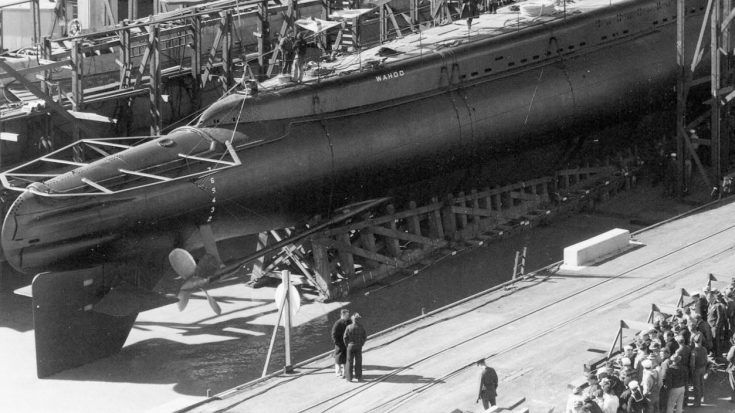 The waters of the Pacific Ocean were not an easy place to venture into during World War II. Constant threats of attack from Imperial Japanese Destroyers and aircraft were present so avoiding detection became of the utmost importance. To bring the fight to the Japanese the United States began to use submarines for combat, so they brought their biggest sub.

Introduced five months after the attack on Pearl Harbor the Gato-class submarines were the biggest American submarines in WWII. They were really big nearly twice the length of German U-boats at whopping 312 feet long and 27 feet across. The even cooler fact about these subs is that they could be built relatively quickly and their numbers blossomed to a total of 77 during the war.

The reason they are so big is that they could accommodate a crew of roughly 60 crewmen at long-ranges from bases for a long period of time. The ship feasibly could operate for up to 75 days and travel halfway around the globe without the need for refueling. Unlike other submarines of the time, the Gato-class had refrigeration units, air conditioning, laundry facilities and resting accommodations for the crew. Basically, the idea was that if a crew is going to be submerged on a long journey it should at least be a little more on the tolerable side.

The most notorious Gato-class Submarine was the USS Wahoo operated by Commander Mush Morton. The Wahoo sunk 19 Japanese submarines, more than any other American vessel during WWII and solidified its place in history. The Smithsonian Channel provides a deeper look into the Gato-class Submarine in this clip.