An-124 Engine Bursts Into Flames After Birdstrike 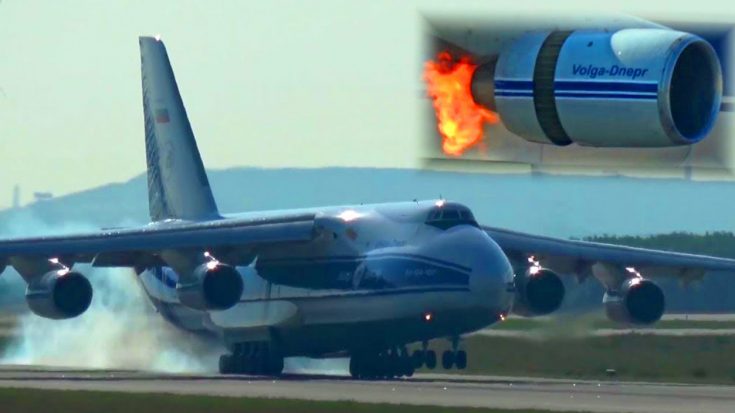 The Antonov An-124 Ruslan is one of the biggest planes used by Russia as a strategic airlift. Only 55 of these massive transport aircraft were built and they are still in use to this day. But even the most resilient of aircraft have their weaknesses and many fall prey to this one.

It can happen at any time during flight and there is no sure-fire way to prevent it from happening. When it happens it is a stark reminder that humans aren’t alone in the skies because they were there first. Of course, we are referring to birdstrikes which occur on average well over 11,000 times each year.

It doesn’t take much because a small bird can cause a great amount of destruction. A birdstrike can shatter the glass and compromise the air pressure of a plane or make the pilot lose visibility. Or even worse a bird could get sucked into the engine losing the ability to sustain any flight. In this video, you can see an Antonov An-124 Ruslan suffer a bird strike as it comes in for a landing at Leipzig/Halle Airport.