An Avro Lancaster starts up, taxies out, takes off and does a flyby 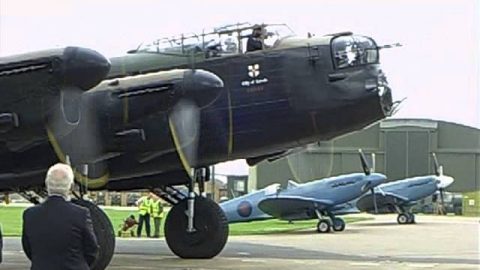 On June 24, 2011, the spectators at RAF Coningsby were treated to a view of the beloved Avro Lancaster as it starts up to perform a flyby.

The Lancaster PA474, as seen in the video, was built at the Vickers Armstrong Broughton factory on May 31, 1945. She was deployed the same month Germany surrendered, so she ended up not partaking in any combat scenarios.

During the Second World War, Lancasters would complete an average of 21 missions before they were lost in a fight. Later on, they would also become the primary heavy bomber of the Bomber Command.

These impressive feats are one of the many reasons why this aircraft is considered the most famous and successful RAF heavy bomber of WWII.