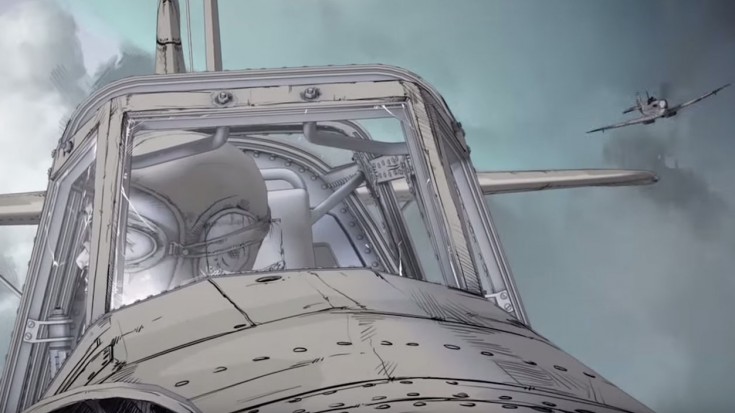 Animation Wise, This Is Up There.

This post and video are slightly different than what we typically do, but it does deserve to be shown as it’s very philosophical in nature. Titled Paths Of Hate, this great video made by a Polish animator is mesmerizing to say the least. The shots and perspectives are really unique and the whole package is really intense.

As for the subject matter, well, that’s up for discussion. After the realistic dogfighting sequence, the video goes to a red hue and things start getting, well, weird.

The animator chose a Spitfire and Bf 109 to be part of his short film.

We’re not going to discuss too much as to what the animator chose to portray at the end of his short film because we wouldn’t want to put any ideas in your heads. We’d love for you to discuss what you think this ending is really about, as it could be taken in many ways. Give us your thoughts, opinions or observations.