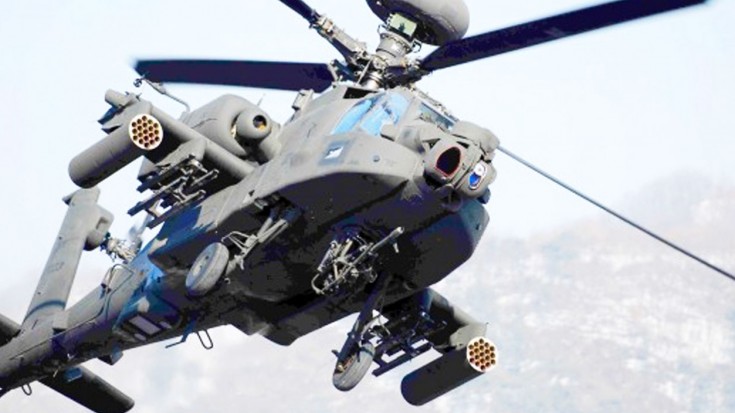 As Shown, This Chopper Was Designed As A Killing Machine

This video captured by a spectator in Salisbury Plain, England shows an Apache AH-64D firing live rounds out of its gun. To say it’s spectacular would be an understatement. Designed and built in the early 70s, this twin-turboshaft attack helicopter was introduced in 1986. By 1997, the AH-64D was introduced with the designation Longbow and featured upgrades that made it one of the most advanced attack helicopters in the world.

The Apache’s M230 chain gun has an average fire rate of 625 rounds per minute, however, Apaches shoot at a slower rate to avoid overheating.

The gun you see the Apache firing is the M230 chain gun. Designed by Hughes and now manufactured by Alliant Techsystems, this gun was introduced alongside the Apache in 1986. With the Apache able to carry up to 1,200 30 caliber rounds, facing this war machine head on as the enemy is devastating. As you’ll be able to see, this helicopter gun configuration is very effective, not to mention Apaches can also carry up to 16 missiles.