The Apache Is Getting A Deadly New Weapon Upgrade 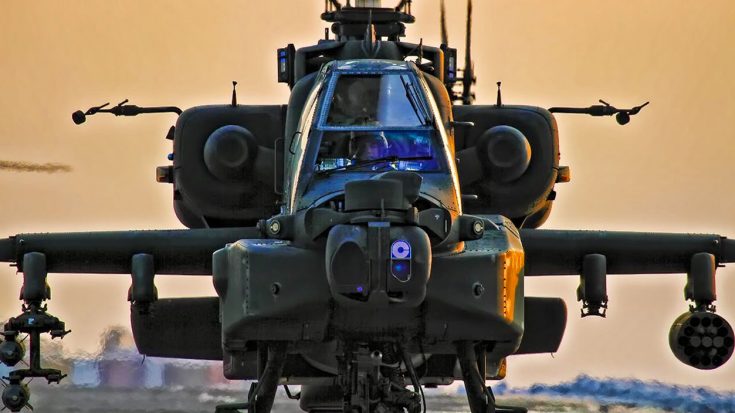 Up In The Air.

For over 40 years the Apache has been the go to combat helicopter for the United States military. Serving a variety of roles with an amazing array of weapons, it is an army grunt’s best friend. However, this incredible helicopter is not without its weaknesses, air-to-combat being one of them. To overcome this vulnerability the military will be outfitting the Apache with anti-air stinger missiles.

Fortunately, the Apache is versatile enough to allow upgrades to be integrated into its arsenal and will be included in every unit beginning in 2018. The fearsome attack helicopter will also receive an improved targeting sensor to make use of these new air-to-air missiles.

“M-DSA gives Apache aircrews the ability to more rapidly identify targets and coordinate with troops on the ground, which improves mission success. M-DSA’s modular design reduces operation and support costs and will be supported by our award-winning Performance-Based Logistics sustainment program.”

Although there is talk that this upgrade will come at the cost of the Apache losing some air-to-ground weapons, some pilots are looking forward to the changes. We Are Mighty provides a brief video addressing these changes to the Apache helicopter.