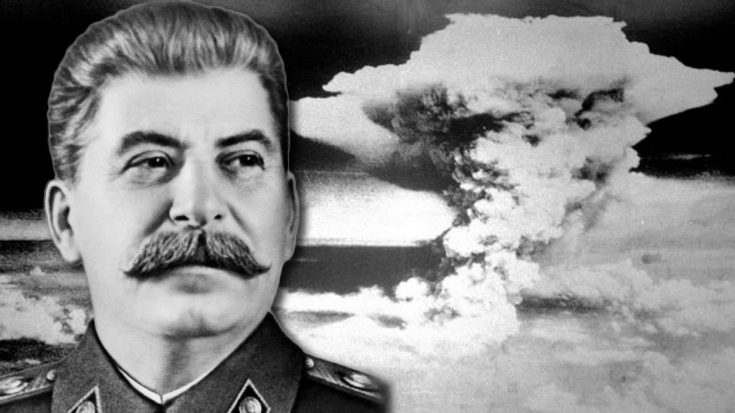 On August 14th, 1945 the Empire of Japan formally surrendered to the Allied Forces after years of conflict and put an end to WWII. People all over the world rejoiced praising the atomic bombs for finally forcing Japan to surrender. However, the there is some mounting evidence that it was not actually the use of atomic bombs that put an end to WWII it may have been Joseph Stalin.

The Japanese mainland was no stranger to bombing raids by the Allies sometimes groups of 500 B-29 Superfortresses would drop thousands of tons of bombs at a time. The first atomic bomb was dropped on Hiroshima on August 6th, 1945 and shortly after the Japanese Supreme War Direction Council met to discuss the option of surrender. General Korechika Anami declared that the damage inflicted by the bomb was less than that of B-29 raids and they were more determined than ever to continue fighting.

At this point, the Empire of Japan knew they were losing the war but still had a military strength of over 4 million soldiers. They knew that they had to surrender but wanted to do so in a way where they could retain captured territory and have leaders avoid trial for war crimes. On August 8th, 1945 the Soviet Union officially declared war on the Empire of Japan and dispatched over a million soldiers into the Japanese-occupied territory of Manchuria.

Japan’s army was strong enough to fight a war on a single front against the Americans while enduring bombings. However, they could not fight a secondary battle against the Russians after learning about their planned invasion of Hokkaido and were forced to surrender.

The leadership of Japan used the bomb as an excuse to surrender because it pushed the blame away from a failing military, they would simply point the finger at a weapon no one could predict. The idea that the United States won the war with the bombs helped continue their idea of strength and justified the $2 billion investment in the Manhattan Project.

“If, on the other hand, the Soviet entry into the war was what caused Japan to surrender, then the Soviets could claim that they were able to do in four days what the United States was unable to do in four years, and the perception of Soviet military power and Soviet diplomatic influence would be enhanced.”

In the end, the United States did the heavy hitting against Japan but the killing blow was the Soviet Union’s declaration of war. What do you think of this discussion, does it really change history?